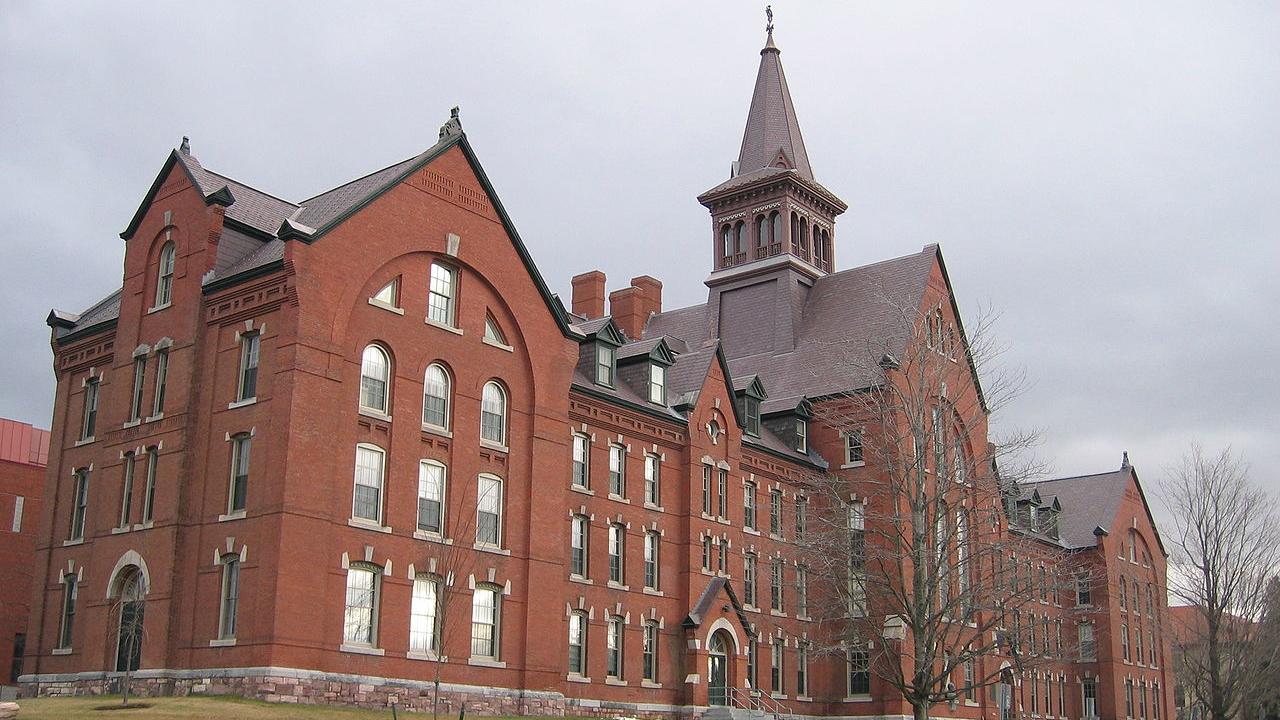 The Brandeis Center and Jewish on Campus have filed a Title VI complaint with the US Department of Education based on assertions that that some on-campus clubs excluded Jewish students, that a teaching assistant “threatened to reduce the grades of students who supported the state of Israel”; and other incidents. The university’s response was to minimize the incidents, and its administration has so far failed to speak out against the antisemitism on its campus.

Here is the statement from the Brandeis Center and Jewish on Campus:

Yesterday, after news broke that the U.S. Department of Education’s Office for Civil Rights is investigating anti-Semitism at the University of Vermont, President Suresh V. Garimella sent his university community an astonishingly inadequate and offensive response to the Title VI anti-Semitism complaint that the Louis D. Brandeis Center for Human Rights Under Law and Jewish on Campus had filed. President Garimella’s statement shows neither reflection, nor understanding, nor remorse. Instead, Garimella demonstrates only the dismissive attitude that has left Jewish students vulnerable to harassment and discrimination, blaming the victims who blew the whistle on UVM anti-Semitism rather than pledging to respond to the problems that federal investigators will now examine.

Rather than recognize that Jewish students on his campus have been repeatedly targeted, bullied, maligned, and excluded from opportunities at UVM solely on the basis of their Jewish ancestral and ethnic identity, President Garimella chose instead to double-down on his denial of anti-Semitism on his campus. Instead of expressing support for the Vermont students who are afraid to identify publicly as Jewish, President Garimella blamed those very victims – the ones who brought the anti-Semitic harassment and discrimination to light—for the hostile atmosphere on his campus.

Allegation 1. President Garimella’s statement describes UVM’s bungled response to anti-Semitic conduct by a UVM teaching assistant. This instructor, or “TA,” had publicly taunted Jewish students by asking, on social media, whether she should lower the grades of Zionist students. In a wholly inadequate response, the UVM administration apparently investigated only whether the grades had actually been lowered, rather than considering whether the instructor’s taunting had created a campus-wide hostile environment, chilled the expression of Jewish speech, or encouraged UVM students to shun their Jewish classmates. The instructor had repeatedly encouraged her followers on social media to target, harass, bully, marginalize and publicly condemn Zionist students. Zionism, the belief that Jews have a right to self-determination in their ancestral homeland, is for many Jewish students at UVM an expression of pride in their ancestral and ethnic Jewish identity. Inciting hostility toward Jews on the basis of their Jewish identity is reprehensible conduct. However, President Garimella chose to remain silent, even though the university has issued statements in support of other groups that have been targeted—including not only other ethnic groups but even members of the men’s basketball team.

President Garimella’s silence has created an atmosphere at UVM where Jewish students not only feel alienated, but are afraid to disclose their identity as Jews. When a TA says she feels it’s “good and funny” to lower a student’s grade for going on trips to Israel, that discourages Jewish students from traveling to the Jewish homeland. When an instructor treats “both sides discourse” (acknowledging the complexity of the situation in the Middle East) as “unthinkable,” it ensures that only one side of an issue will be discussed. When she threatens to penalize students with family in Israel, that intimidates Jewish and Israelis students from disclosing their heritage. When that instructor encourages students on campus to follow her example and the university fails to step in, students understand the message they are given. They follow suit and begin excluding Jewish students from their clubs.  Nevertheless, based on UVM’s non-investigation, Garimella whitewashed the TA’s anti-Jewish activity on the grounds that it “did not adversely impact students in the classroom” – and, therefore, no further action by the university was warranted.

Allegation 2: President Garimella claims that UVM students who threw rocks at the Hillel building merely wanted to get the attention of a friend who was recovering from an illness. Garimella doesn’t explain why the perpetrators, who were asked to stop pelting the building, replied, “Are you Jewish?” And he fails to address why the students vandalized the doors to the Hillel building.

Allegation 3: President Garimella’s response to the student organizations that exclude Zionists is deficient in multiple respects.

First, President Garimella fails to appreciate that excluding students from an organization based on identity is discriminatory conduct, not speech.

Second, he mistakenly claims that the groups are not recognized by the university. However, the UVM Revolutionary Socialist Union (RSU) Book Club is still included among sponsored “UVM Book Clubs” accessible on the uvm.edu website (see https://bookclub.w3.uvm.edu/). And the UVM RSU Book Club still proudly boasts in its Constitution & Bylaws (easily accessible online) that members must pledge “NO” to Zionism. It appears that as an official UVM Book Club, the UVM Revolutionary Socialist Union Book Club remains eligible to receive student government funding and utilize university facilities.

Third, UVM Empowering Survivors describes itself as a “collective of University of Vermont students.” The student organization established the Instagram account “ShareYourStoryUVM” which it has used to mobilize student support for its activism. In May 2021 (the time of the incident described in our complaint), the Instagram account had over 4,000 followers, a figure that represented more than 1/3 of UVM’s total student enrollment. (Today the number of followers has increased to close to 7,000.) University administrators, recognizing that the organization represents a key campus constituency, have engaged with its student leaders, treated the group as representative of members of the student body, and on information and belief have provided access to facilities in a manner comparable to that provided to recognized student organizations. It is, therefore, disingenuous for President Garimella to claim that he has no responsibility to address the discriminatory conduct of a group that his administration has engaged with and treated like any other recognized student organization.

Finally, President Garimella has to date stubbornly refused to use the University’s voice to publicly condemn UVM Empowering Survivor’s discriminatory behavior. It was abundantly clear to the UVM administration that this organization, which successfully mobilized thousands of student demonstrators, had an outsized impact on campus. For students, UVM Empowering Survivors represented the university’s most significant student support organization for survivors of sexual assault. Being publicly ostracized from this group, and the broad community that it represented, was traumatic for members of the Jewish community. However, rather than recognizing the pain—particularly the pain experienced by the Jewish sexual assault survivor community—and issuing a statement explaining that it is discriminatory for a student organization to exclude individuals from membership based on identity – President Garimella has continued, to this day, to remain silent. He has never publicly acknowledged the Jewish survivors’ pain or condemned the discriminatory conduct.

It is ironic that President Garimella and other UVM administrators have attended programs intended to educate about anti-Semitism. Attending such programs is meaningless unless university leaders learn from their experience. Sadly, President Garimella does not appear to have done even that.

The Conference of Presidents of Major Jewish Organizations joined the Bradeis Center and JoC in condemning UVM’s lack of action.