Iran and the JCPOA—What's Next? 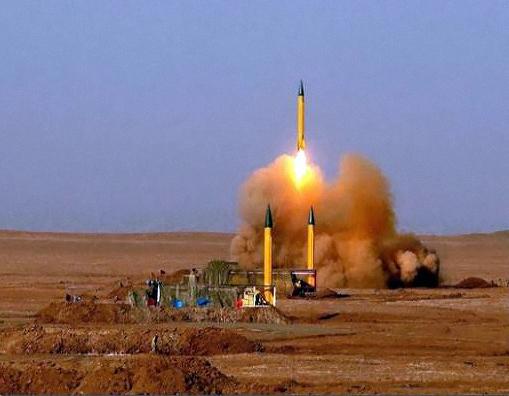 Given Russia’s attempt at nuclear blackmail in its war with Ukraine, no one is surprised at the alarm arising among the Sunni Arab nations of the Middle East and Israel over the prospect of Iran’s achieving a nuclear arsenal. Not only does this represent an existential threat to Israel, it endangers global access to oil, other petroleum products, shipping and trade, not to speak of potential nuclear environmental damage.

Iran’s drive to nuclearize has created a clear understanding of the threats arising from this scenario. From the outset, Americans have debated the strengths and weaknesses of the 2015 Joint Comprehensive Plan of Action (JCPOA). This “deal” committed the Iranians to significantly reduce their enrichment of uranium to levels far less than weapons grade proportions for a set number of years. It also charged Iran with dismantling its heavy water program used in the production of nuclear arms as well as reducing the number and quality of its centrifuges for enriching uranium.

While Iran has always claimed that its nuclear program was solely used for peaceful purposes, its behavior in making certain highly technical purchases on the world market belies that assertion. In addition, the JCPOA prohibited IAEA inspectors from entering Iranian military facilities, and although there had been few signs detected of activity involving radiation, this does not preclude the possibility of Iran’s having masked its program. In fact, the library of materials that Israeli agents spirited out of Tehran in 2018 indicates that Iran has never given up its nuclear weapons’ intentions; its leaders have only placed them, or part of them, on hold.

Aside from the fact that the original JCPOA contained nothing that prohibited Iran from ultimately developing nuclear weapons, it left other major concerns unaddressed. First and to its credit, the JCPOA, to which both Russia and China consented, established timelines to prevent Iran from achieving its nuclear goals for a number of years. However, Iran’s ballistic missile program was not addressed. The country has advanced significantly in this area, expanding and extending the range and payload capabilities of its ballistic missiles which can now target areas covering the Middle East and Europe. The fact that these weapons are capable of delivering nuclear devices is not lost on any of Iran’s neighbors. It has engendered talk of a Middle East arms race by countries such as Saudi Arabia, the United Arab Emirates (UAE), and Egypt, all of which will soon have their own nuclear reactors for peaceful energy use, but whose spent fuel rods could also be reprocessed into developing nuclear weapons.

Second, ongoing Iranian funding of several proxy groups in the Middle East including Hezbollah in Lebanon and Syria, the Houthis in Yemen, and Hamas in the Gaza Strip remains unresolved. Each of these entities is a threat to Israel, the greatest being Hezbollah which maintains thousands of guided and unguided projectiles based mostly in southern Lebanon. This is in violation of UN Resolution 1701, which prohibits the militarization of this area. These missiles now threaten every part of the Jewish state.

The windfall of billions of dollars that Iran received as a result of the JCPOA did not benefit the impoverished Iranian people, but rather continued to fund Iran’s nuclear weapons, ballistic missile research programs, and terrorist proxy groups. In an effort to surround Israel, Iran undertook and financed population replacement after the Syrian civil war with loyal Shia Iraqis and Afghanis. This ethnic cleansing flies in the face of United Nations resolutions on genocide.

The Islamic Republic of Iran is a rogue state that does not hesitate to meddle in the affairs of neighboring states. For example, by arming the Houthis, Iran has attacked Saudi refineries, oil fields, and cities as well as directed missiles into the UAE. Furthermore, the Islamic Revolutionary Guard Corps is responsible for attacking U.S. forces in the region. The United States has refused to eliminate the Revolutionary Guard from its list of sanctioned terrorist entities. This dispute has stalled the JCPOA talks. Given Iran’s subsequent removal of the IAEA’s inspection cameras as well as acquiring enough highly enriched nuclear material to make several bombs, the prospect for a renewed JCPOA came to a standstill earlier this year. Only the recent efforts of the European Union revived the negotiations as a means of expanding Europe’s energy options, with Iran demanding significant economic relief and benefits.

If renewed talks fail, there will be the question of what can be done to prevent Iran from achieving its nuclear military goal. With last year’s exit from Afghanistan, the United States has reduced leverage in the region. This leaves but one power capable of contending with Iran—Israel. The Gulf states of the UAE and Bahrain joined the Abraham Accords in large part because they realized that Israel was their only option to counter Iran’s nuclear intentions. For their part, the Israelis understand that they still have about two years before the Iranians are able to weaponize a nuclear device and place it on a delivery system. However, utilizing a missile to carry a bomb is not the only way Iran could deliver such a weapon.

Because Iran has reinforced several uranium enrichment sites, such as situating the Fordo and Natanz facilities deep into hard-to-reach mountains, there is skepticism that Israel is capable of attacking, crippling or destroying Iran’s dispersed sites. Even if the Israelis had deep penetrating bunker busting bombs, they lack the fixed winged transport aircraft necessary to deliver them to the sites. Were the Israelis to attack, they would also be required to preemptively neutralize Hezbollah forces in Lebanon, whose vast numbers of Israeli-targeted missiles would surely be elicited by Iran.

An Israeli attack on Iran’s nuclear facilities could well lead to a wider war. Given the alternative of an Iran capable of nuclear blackmail, it may be worth the sacrifices involved. The appeasement brought about by the 2015 JCPOA has not worked and seems to have only exacerbated matters. As attempts are being made to revive the JCPOA talks, Iran has already enriched the quantity of fissile material necessary to build a nuclear device. The world is focused on Russia’s war on Ukraine, but the Middle East could quickly regain its attention once again. Such are the tensions arising from this high-stakes scenario.

Rabbi Joel R. Schwartzman, BA, MA, is a retired colonel in the United States Air Force in the role of military chaplain for over twenty-three years. He is a graduate of the Air Force’s War College. With his lifelong interest in Middle Eastern affairs, he regularly teaches about Israel’s strategic position in the Middle East at the University of Virginia’s Osher Lifelong Learning Institute (OLLI).